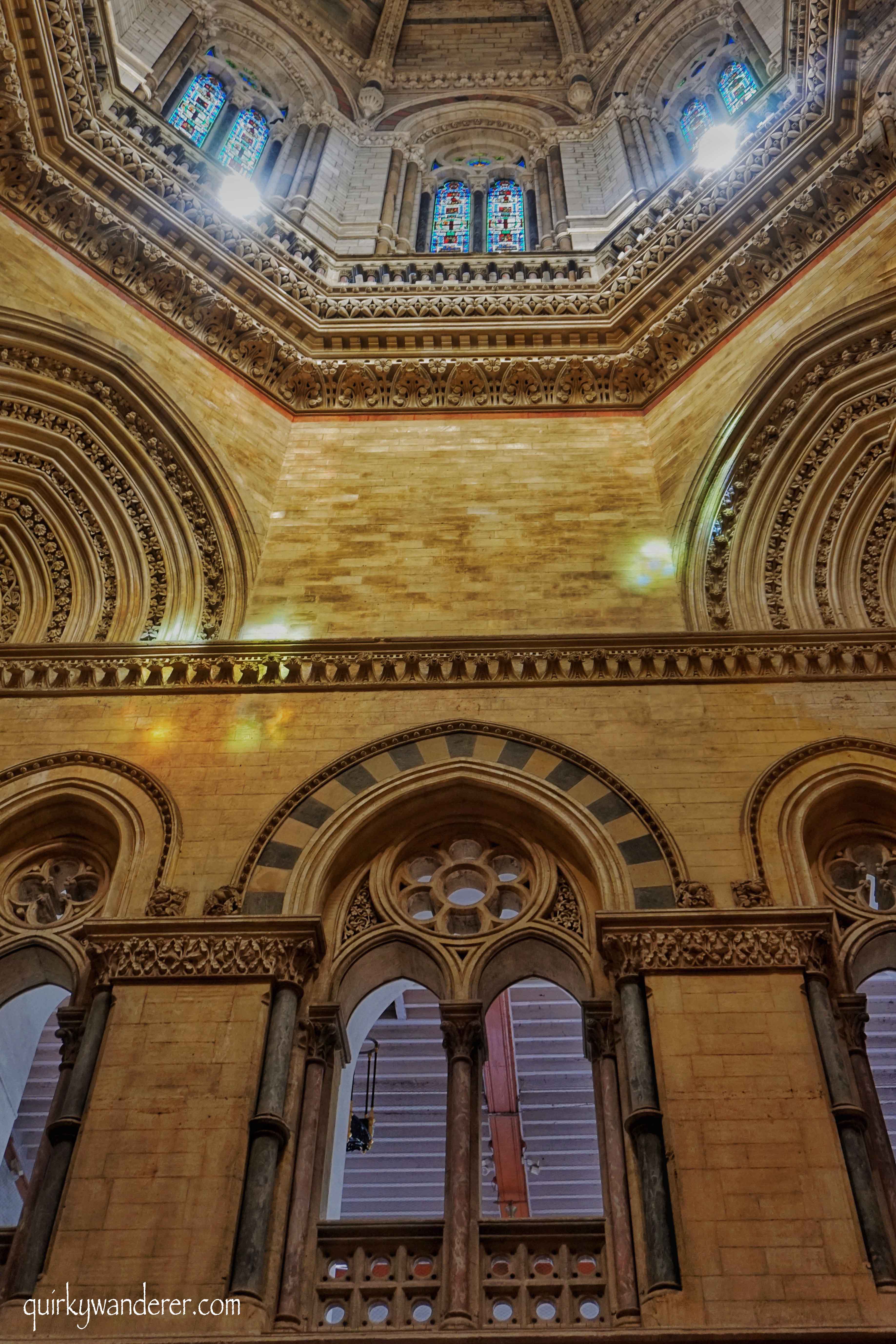 Sunlight poured in through the sandstone arches, falling on the vintage Minton flooring with geometrical patterns in the quiet corridors. I am standing in one of the most photographed structures in India. An iconic building, which is often seeing adorning the first frame of Bollywood movies, to showcase the entry of the hero to the city of dreams: Mumbai. It stands tall, showcasing time to a timeless city, where scores of people enter and exit it, daily, each on a different journey. I am standing in Chhatrapati Shivaji Maharaj Terminus (CSMT), a UNESCO world heritage site, I have always crossed in a jiffy. But today is different.

I am here for a special heritage walk organised by the Central Railways and Mumbai Instagrammers, giving an insight to a quieter part of this building, calmer and not rushed like it’s neighbouring hall, where footsteps march in continuous tandem to board trains.

As foreign nationals, when you plan a visit to India and prepare your India Visa application online: they choose Rajasthan for it’s vibrance or Kerala for it’s backwaters or Agra for the Taj and when they choose Mumbai: it is either Dharavi (the biggest slum in Asia) or the bustling streets of Mumbai. But this lesser known heritage tour inside one of the most iconic buildings in Mumbai is something that isn’t on everyone’s list.

Inside the railway museum:

Mr. Xaviers leads us to the railway museum, a section which holds the history of Indian railway in wooden frames, guarded by stain glass windows. A chirpy, elated Bholu , the guard welcomes you with a sign that reads: The story of railways, how it began! It all started with that one letter written by J. Chapman, to the Chairman of the East India company, requesting him to lay the foundation of the GIPR( Great Indian Peninsula Railway)

The letter that stands proudly at the entrance of the museum and as one explores the displays, you get a deeper insight into how the how the GIPR (later Central Railway)  blossomed into a profitable investment for the British and a lifeline for Indians.

In the museum, I see momentos: some models of rail coaches, steel frame plates of engines, vintage wagon builder plates, historic documents framed for generations to see, old photographs and silver utensils used in the trains. Stain glass windows that diffused multiple colours into the quiet room kept vying for my attention, while Mr. Xaviers carefully explained the evolution of famous train routes like the Punjab mail , the Imperial mail, The Deccan queen.

The Architectural genius of FW Stevens:

We were about to witness the thrill of walking into the unseen parts of a UNESCO world heritage site, designed by the British architect Mr. F.W Stevens. The building went on to become an exemplary example of Victorian revival architecture blended in with elements of Indian architecture: The impressive stone dome, the pointed arches, the turrets are characteristic features of the Indian palace architecture style.

Before we stepped out, we could see the original drawings of FW Stevens and the floor plans of the building which was formally opened in 1887 and named after Queen Victoria of England. The total construction cost of this epic monument , which was built in 10 years, at that time was 50,000 pounds = Rs 16 lacs!

The CSMT building is designed in a C shaped hub, enclosing a courtyard of its own. This orientation is ideal from a climatic point of you, as it exposes the front facade to the west winds. Both the CSMT and the adjacent BMC building created a plaza of their own and are evidence of FW Steven’s architectural acumen!

Walking through the silent corridors, with the other facade of the terminus peeping out through the arches, we reached a massive wooden door with metal studs, enclosed in basalt stone, Italian marble, granite columns and a limestone arch on the top. This was the ornately decorated Main Central porch.

For the first time for me, it wasn’t the door, but what lay behind it that stupefied me: the Grand staircase block! We were right underneath the giant dome that sparkled through the various levels of staircases, which were static but reminded me of Hogwarts!!

The red carpet over the artistically decorated staircase and gothic architecture of the central dome made Hogwarts come alive. The adjacent walls had latticed windows flanked by granite pillars. Heads turned up, necks were craned and this was where we spent eons clicking the dome at several angles and levels, while it dazzled with all the paparazzi it got. This dome is said to be the first octagonal ribbed masonry dome that was built in the Italian gothic style.

Another feature of Gothic architectural style is stained glass windows which are found in ample numbers in the CSMT building in varied designs and tints, even in the drum of the central dome, giving an effect of toning down the sun glare.

After climbing the stairs (and feeling like royalty), we were now in balcony of the CSMT building which overlooked the bustling main road. The shadow of the arches and columns fell on the vintage Minton flooring that adorned the corridors leading us to another spectacular element of the most prominent landmark of Mumbai: The Star chamber.

As hundreds of commuters walked to and fro below us, we were face to face with the most magnificent ceilings that any railway station could have. This massive hall, which contains the booking offices, has a ceiling with carved vaults in geometric designs and gold stars.

Seeing this from an elevation felt special, like a quiet, private corner in the most chaotic places in Mumbai. This vintage building had worked its charm on me. In one moment it felt Indian , the other it felt British, but all through… it felt like Mumbai. CSMT in Mumbai, truly and undoubtedly one of the prettiest stations in the world!

The CSMT heritage walk was a special walk arranged by the Central railway In association with Mumbai Instagrammers. Visitors can visit the museum during weekdays Monday-Friday till 5.30 pm.

For a guided walk, requests can be made at the museum.

A special thanks to Mr. Sunil Udasi, Mr. Xaviers and Meghna Girhotra for arranging this walk and helping a Mumbai-ite explore one of Mumbai’s favourite buildings.